This month Harvey Moore is our case of the month with a very unusual reason for a runny nose. Harvey is a very lively Lowchen, or as the breed is otherwise know a Little Lion Dog.  At only 2 years of age he had been suffering with a runny nose for approximately 10 months before coming to Oak Barn.  Unusually the left nostril only ever seemed to be affected with a clear or yellow discharge but recently a more worrying  nose bleed had been noted and on occasions he seemed to be upset having his head handled and would occasionally yelp as if in pain. His previous vets had referred him for an investigation to specialists who had found no obvious reason for the discharge apart from him having an oddly shaped nasal passage which seemed to be pooling mucous. On examination at Oak Barn he had lots of green mucous coming from his left nostril.  A swab of this was sent to the lab for culture and sensitivity.  The usual black pigment around his nostrils had become white on this side where the nose had been running for so long but otherwise his face and skull appeared normal.  No obvious problems could be found within his mouth either and he was eating well. The culture of his discharge revealed no evidence of Aspergillus which is a nasty fungal infection that can be difficult to treat.  Blood samples also confirmed this too with no obvious abnormalities on blood screening or serology.  Bacterial culture revealed an infection with a bacteria called Pasteurella which did show some signs of antibacterial resistance. Appropriate antibiotics were prescribed and after a two week course the discharge from his nostril had completely settled although he was occasionally sneezing and still seemed to show signs of pain intermittently when his head was handled or if he was playing ‘tug’ with his brother. Given the unusual presentation that only one nostril was affected we were concerned that there might be a foreign body (such as a grass seed) stuck inside his nostril.  A CT scan was performed and revealed some amazing and unexpected results!

Both these CT images are clever x-ray sliced through the end of Harvey’s nose as if you were looking up his nostrils.  The curly black shapes at the top of both pictures is the air inside his nostril chambers.  The picture on the left (as you look at the screen) is without any contrast and the right is with contrast.  Below the nasal chambers on both views you can see white structures.  These are Harvey’s teeth.  However as the red arrows show one of his teeth (his small incisor at the front) seems to be ‘floating’ and does not have any bone associated with it. On the view below sectioning through his teeth this lack of bone appears to communicate with his nose!  The veterinary term for this is an oronasal fistula.  Basically the tooth has been damaged or infected and as the bone surrounding has become diseased and destroyed a tiny hole has developed from Harvey’s mouth to his nose!  No wonder he was uncomfortable and kept getting a runny left nostril!

Under a general anaesthetic this tooth and its immediate neighbour were both removed using a specialised gum flap.  Essentially the gum is flapped back off the bone to expose the infected tissue and once the teeth have been removed this gum tissue is sutured back over the remaining cavity thus sealing the mouth off from the nose.  Photographs of this procedure can be seen in the gallery below.

These sutures are obviously quite delicate so on recovery Harvey was not allowed to play with any hard toys or ‘tug’ with his brother for two weeks.  However now it has completely healed Harvey is back to his usual playful self and is making up for lost time with lots of fun and no runny noses, sneezing or evidence of pain at all!

Analysis of the tooth has revealed no sign of any cancer here – just a nasty tooth root infection so the long term outlook for Harvey is excellent! 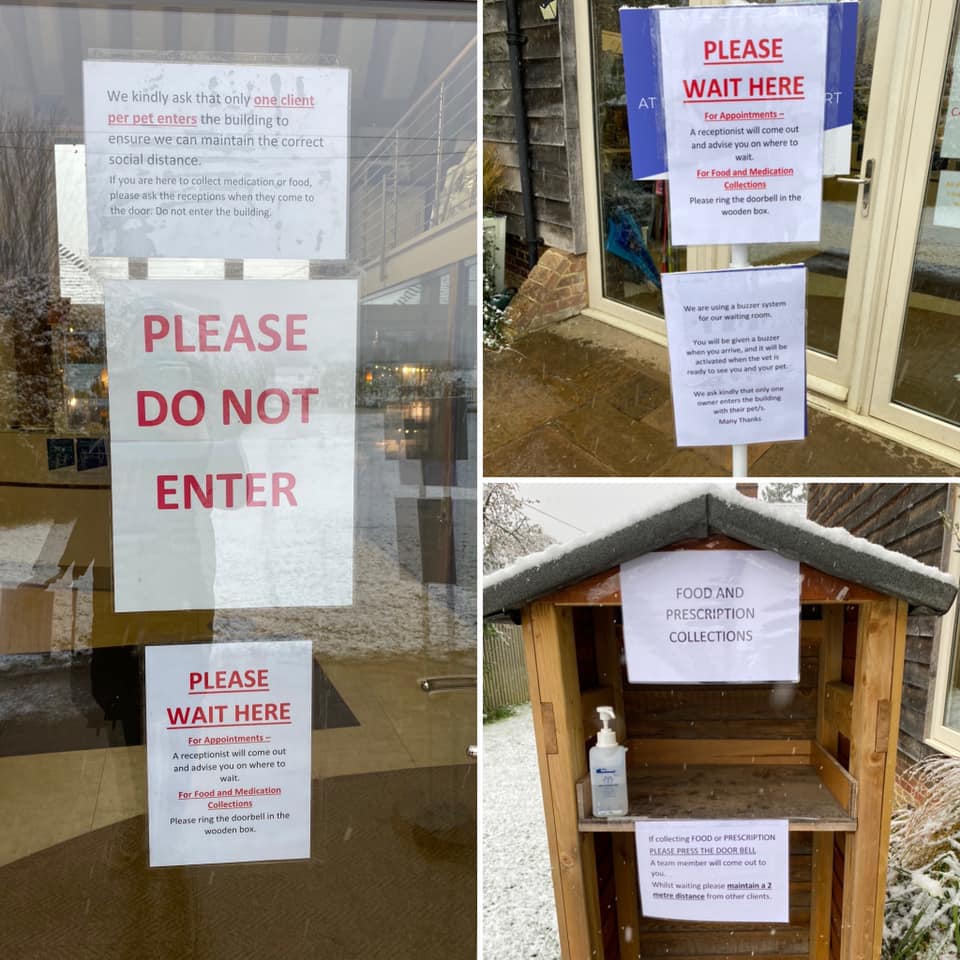